If you’ve ever emptied half a can of air freshener before your parents (or your kids!) got home, you’ve experienced cannabis terpenes!

Whether it’s skunky, chemically or sweet, terpenes have become a hot topic in cannabis news lately.  Let’s talk about why!

We previously talked about the Entourage Effect and how important it is to use a full spectrum CBD oil.  While our CBD oil is made from plants rich in CBD (about 56%), it also contains all of the other wonderful and important cannabinoids.  If you missed that post, you can read it here www.kentuckyhempworks.com/post/full-spectrum-cbd-and-the-entourage-effect/

Terpenes also play an important role in how cannabinoids are received by your endocannabinoid system.  Different strains of cannabis produce different terpenes.  At Kentucky Hemp Works, our strain of CBD plants is Cherry and our strain of seed plants is X-59.  This chart shows the terpenes contained in our CBD Drops. 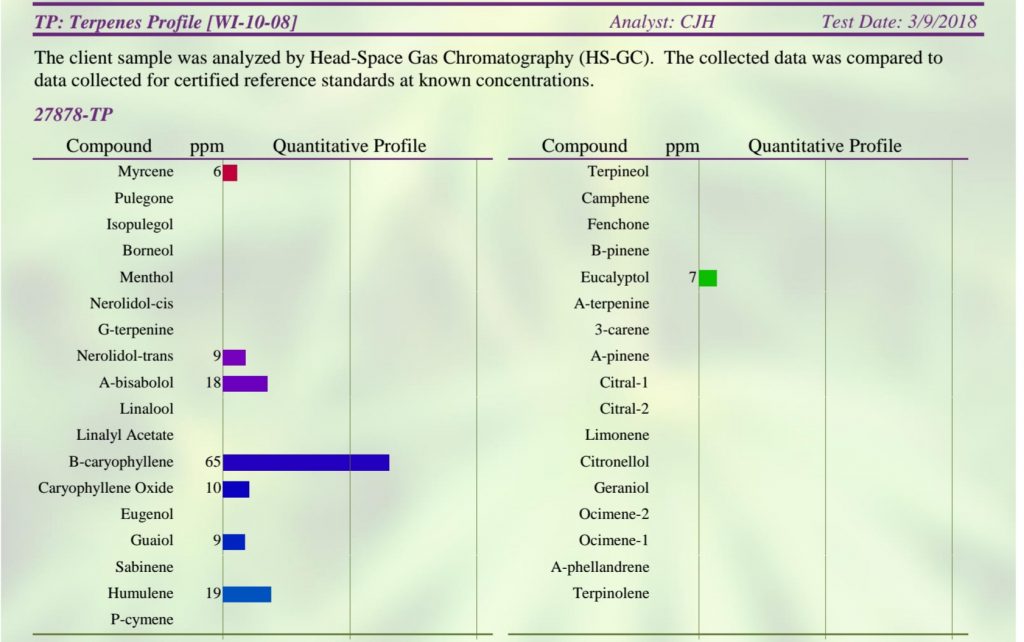 Over the next couple weeks, we will be digging deeper into the terpenes in our CBD oil and their potential benefits!

Recent research has shown that β-caryophyllene not only acts as a terpene but it can mimic a cannabinoid, as it is the only known terpene to bind to the CB2 receptor (CB1 and CB2 are two receptors in our endocannabinoid system).  Over a decade ago, the FDA approved β-caryophyllene as a food additive.

While β-caryophyllene works to improve overall health, some specific medical benefits are:

This is just a short list of the dozens of health benefits of β-caryophyllene!

So, the next time you take your CBD oil, take a few moments and really take in the taste.  Do you taste the β-caryophyllene?

**Contents of this post do not constitute medical advice**